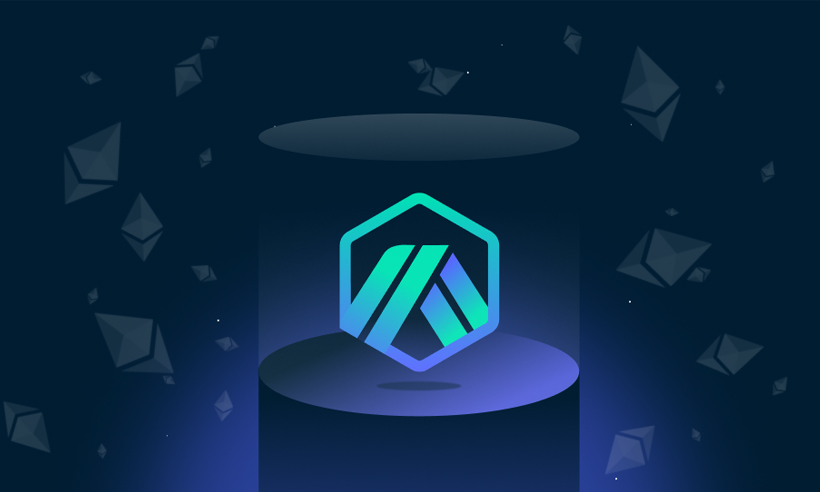 Blockchain technology is expanding its influence across sectors due to its unique feature of decentralization with robust transaction speed and security guarantees. Many blockchain platforms such as Cardano, Ethereum, and BNB Chain have emerged to facilitate the development of decentralized applications (dApps) including applications supporting decentralized finance, non-fungible tokens (NFTS), games, etc.

Due to its unique features, people and organizations in large numbers are adopting blockchain technology to develop their decentralized apps and solutions. Ethereum is also one of the top blockchain networks that allow the development of dApps.

However, the rising number of users has increased the traffic on the platform, affecting its speed, efficiency, and transaction cost. To solve this problem many scaling solutions have also emerged such as Artitrum.  In this article, we will have a look at one of the best Ethereum Layer 2 solutions Arbitrum and its chain Arbitrum Nova.

Valued at nearly $2.5 billion, Arbitrum is one of the best Ethereum Layer 2 solutions, meant to increase the speed and scale of decentralized applications on the Ethereum blockchain. It is designed to improve the speed, scalability, and security of Ethereum smart contracts. Developed with advanced algorithms, Arbitrum enables the developers to execute Ethereum Virtual Machine (EVM) contracts and Ethereum transactions at layer-2 at lower gas fees and TPS. It allows the developers to avail of layer-1 security at layer 2 solutions. Apart from Arbitrum Nova, the Arbitrum ecosystem has another chain called Arbitrum One, which also serves as a Layer 2 solution with a focus on the functions of DeFi and NFT projects.

What is Arbitrum Nova?

Launched in mid-2022 by Offchain Labs, developer of Arbitrum, a layer 2 solution for Ethereum, Arbitrum Nova is a new chain built on Arbitrum’s AnyTrust technology, for incredibly low-cost transactions with advanced security features. The second chain in the Arbitrum ecosystem for end-users and developers, Arbitrum Nova is a highly optimized solution for Web3 gaming and social applications. Compatible with the Ethereum layer Arbitrum community, Arbitrum nova allows the developers to scale their games and social apps at lower transaction costs. It deploys different validators to avoid excess dependence on committing Ethereum ecosystem to reduce cost.

Take a look at the most important features of Arbitrum Nova that make it stand out from the heard:

What makes Arbitrum Nova unique among other Ethereum scaling solutions is its capacity to execute high-volume transactions at an unprecedented speed without incurring high gas fees.

The most important feature of Arbitrum Nova is its unimaginable speed of executing transactions. It can perform thousands of transactions simultaneously by bundling it into one.

Being capable of facilitating high volume transactions at a significantly lower cost and higher speed, is the prime reason why most of the developers of games and social media dApps prefer Arbitrum Nova as an Ethereum scaling solution.

Arbitrum Nova is the preferred choice of developers of NFT games and social media dApps due to its low cost and high transaction volume. Arbitrum Nova enables game developers to introduce new functions, players, and payment options for players to play at low fees frequently.

Social community giant Reddit has announced to collaborate with Arbitrum Nova to scale its blockchain-based Community Points rewards program for its users. Crypto exchange FTX has also tied up with Arbitrum Nova to enable the users to purchase ETH to pay for their on-chain Community Points transactions on Reddit. Arbitrum Nova is the scaling partner of Reddit to facilitate higher-value transactions like decentralized finance (DeFi) and NFT assets at ultra low-cost with strong security protocols.

Thanks to its compatibility with Ethereum Virtual Machine (EVM), Arbitrum supports EVM-based decentralized applications at the bytecode level. The developers do not need to learn new programming languages each time as It also supports Solidity and Vyper, making it easy and quick for developers to scale their dApps.

Arbitrum Nova is equipped with powerful developer tools empowering them to connect and scale their dApps with the EVM platform easily. Arbitrum Nova comes with a built-in plugin and compiler like Hardhat or Truffle that facilitates high-speed transactions without compromising on speed and cost. It supports various Ethereum DApps and infrastructure projects like Uniswap, DODO, and Sushiswap.

There are multiple Layer 2 solutions being developed for the Ethereum blockchain to make your applications run smoothly and efficiently. As a developer, you can adopt Arbitrum Nova as one of the best Ethereum Layer 2 solutions for scaling your decentralized applications (dApps) while taking the advantage of advanced security features of Layer 1 of the blockchain. Learn more about Ethereum layer Arbitrum points Arbitrum Nova on Cryptoknowmics before taking an intelligent decision.