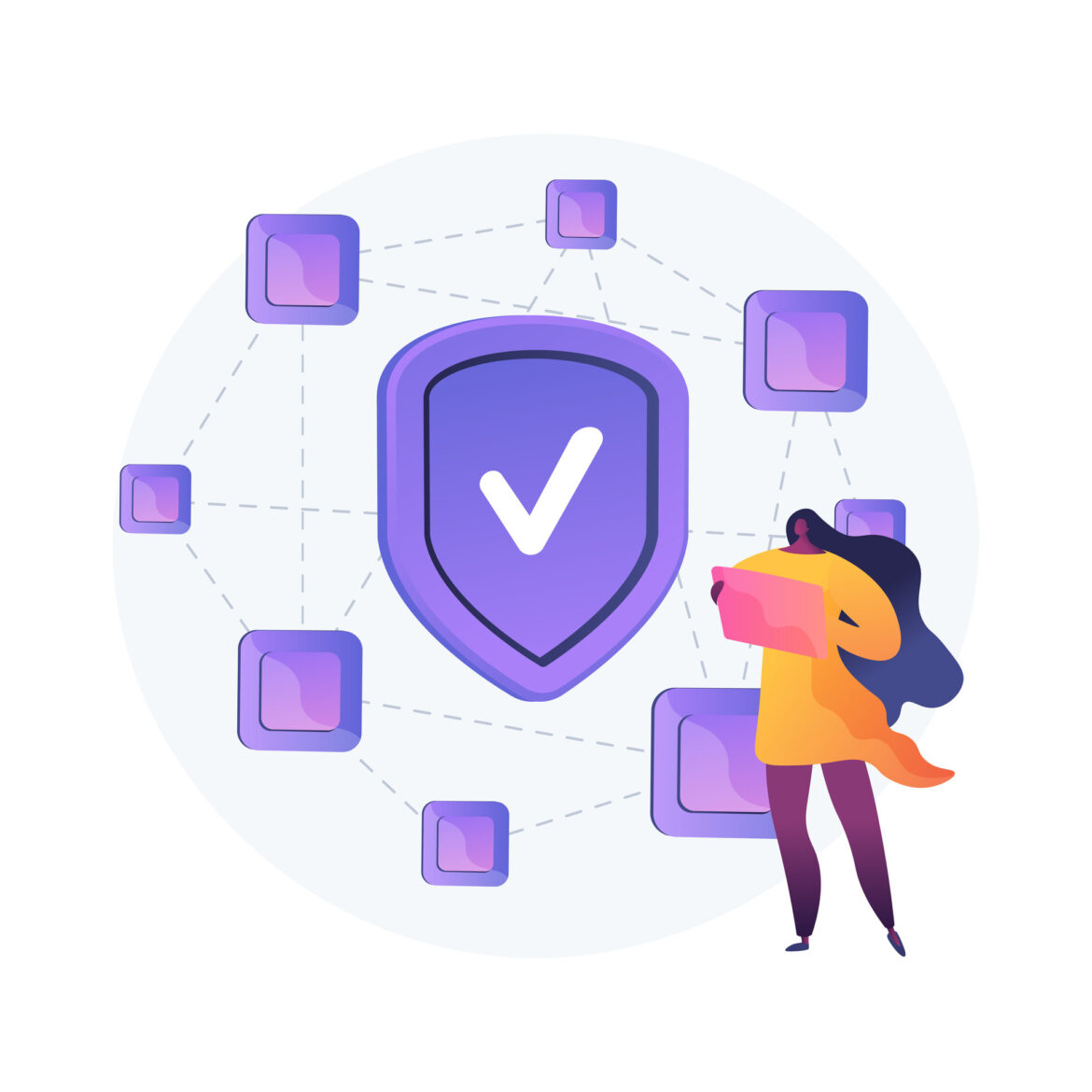 In today’s news outlets, social media platforms, and office group discussions, blockchain is the most popular issue. There will likely be a discussion about blockchain technology and cryptocurrency. As a result, we’ve developed this blockchain app development guide to help you with all of the key technical and commercial aspects of the technology.

Let’s look at some statistics:

By 2024, the worldwide blockchain market is anticipated to be worth $20 billion, according to Dot Com Infoway figures.

The market for blockchain technology is anticipated to expand at a compound annual growth rate (CAGR) of 82.4% from 2021 to 2028.

With these astounding figures, it is obvious that creating blockchain projects and apps is a rising area of business emphasis for many startups and existing companies. Blockchain applications are being developed with interest from the manufacturing, media, telecommunications, finance, banking, healthcare, energy, real estate, and even the government sector.

A blockchain, to put it simply, is a decentralized, transparent, unchangeable, and publicly available database where digital data is kept in blocks that are connected to one another via a hash function.

It is a network for peer-to-peer value exchange on the business side. Without the use of an intermediary, it is a method that authorizes and legitimizes a transaction.

Blockchain types based on networks

On all computers and devices without permission blockchains, the network is openly accessible. Anyone with access to the code can run a public node on their personal computers or other devices, start a network interaction, and secretly verify a transaction. A blockchain with no permissions is decentralized, open to all users, and anonymous. Consider Bitcoin and Ethereum as examples.

Only authorized members in this closed ecosystem are able to take action according to their positions. These blockchains are constructed based on a set of guidelines that specify how a transaction will be carried out to satisfy the requirements of a particular organization (for e.g., database management, auditing, etc.). Multichain, as an illustration.

Blockchain types based on support for cryptocurrencies

These blockchain-based solutions are based on cryptocurrencies, as the name suggests. The most prevalent kinds of blockchains are as follows:

Wallets: Public or private keys used to send, store, or receive cryptocurrency are kept in these safe digital wallets. This blockchain type, also referred to as a cryptocurrency wallet or crypto wallet, focuses on the conversion and trade of cryptocurrencies in a centralized, decentralized, or hybrid environment.

Blockchain-based trading systems for cryptocurrencies or digital money are known as crypto exchanges. They accept postal money orders, credit cards, and other payment methods before depositing bitcoin into your cryptocurrency wallet.

Initial Coin Offerings, also known as Initial Currency Offerings, are a sort of crowdfunding that entails the creation and sale of digital currencies and crypto tokens.

Apps that are not under the control of a single entity are referred to as decentralized apps or dApps. It can be operated in real-time by a number of users on a decentralized P2P network using trustless protocols. Excellent examples of what a dApp development company may produce include Augur, Golem, and Sia. You might be interested in seeking out how to make money off of your dApp.

These services for developing blockchain applications don’t use cryptocurrency tokens. This sort of blockchain, which is based on distributed ledger technology, is mostly utilized for inventory management (DLT). What is Distributed Ledger Technology, exactly? Technically speaking, it is a database dispersed across numerous nodes and computers. In this system, each node has a copy of the ledger that it is free to process on its own. The lack of any central authority to oversee the ledger is its most astounding feature. Consensus refers to the voting process where a change requires the support of the majority.

Considerations for the Development of Blockchain Applications

Before creating any blockchain software, a development company will take into account a few variables. Here is a list of the elements:

Some blockchain platforms are based on cryptocurrencies, while others use smart contracts or a variety of crypto tokens. Making Blockchain apps will be simpler if you can choose the type that works best for you.

The need for a smart contract is the second issue to think about. A smart contract is a self-executing protocol that processes, verifies, or enforces any trigger-based action stored on the blockchain system, as you may already be aware.

The second thing to think about while addressing the question of “How to Develop a Blockchain App” is whether or not you must include cryptocurrencies in your mobile application. This aspect is crucial in choosing the ideal platform.

Think about whether you prefer a network where anybody may make modifications or one where only authorized users are allowed to take part. Based on your decision, select a platform and start creating your own blockchain application.

Those planning to build blockchain platforms on top of current technologies should assess transaction capability to see if their requirements can be satisfied. Three important aspects are taken into account when evaluating the scalability of blockchains: speed, security, and decentralization. The Scalability Trilemma refers to the fact that each developer can only count on two out of three features and is recognized as such.

Simplicity: On the blockchain, smart contracts are created using simplicity. The language is straightforward, makes use of static analysis, and is an improvement over Bitcoin Script and Ethereum Virtual Machine (EVM), two of the most popular cryptocurrency programming languages.

The main use of Solidity, a statically typed blockchain programming language, is to build smart contracts that work with the EVM. This language makes it simple to create self-regulatory business logic in smart contracts, leaving a reliable and authoritative record of transactions.

All of the information mentioned above will serve as a foundation for blockchain development. Whether you’re seeking blockchain services or dApp development services, getting in touch with experts will sound efficient and lead to successful development.